One of the biggest debates in America today is healthcare. I cannot speak for the attitude of older generations towards the issue of government in healthcare, but among my generation, the attitude, at least among the more vocal ones, tends to be like this:


"Free" healthcare. To all those who think it would solve the problems with our healthcare systems, please listen carefully.
"Free" healthcare is the idea that every medical institution in the entire country is paid for and run by the government. All of the expenses in running it are paid for by taxes, so technically it could be considered free, since the payment for services does not come in the form of a medical bill. But before getting emotional with the claim "Free healthcare is what any decent human being would do and is worth massively high taxes", let's go back to the fact that everything that has anything to do with your health would be run by the government.
The government. The same government that fails so often, the same government whose failures just recently led to the deaths of many in recent shootings, the same government whose VA health program is infamous in our country for being so terrible...this is who you want controlling your health?
How do you think it will turn out when you give the government power over your health? Power corrupts. And when the government gets involved in healthcare, innocent people die.
In the UK, yet another possibly treatable child is being left to die and the parents and other countries can do nothing about it. You might think incidents like this aren't that common, but an online British newspaper reports that decisions to end children's lives happen frequently in their hospitals, they just aren't usually protested. The doctors insist it would be wrong to let the child suffer, although they won't let other eyes see him to prove his brain is as damaged as they say it is. The judges turned down every offer to get Alfie Evans lifted out to protect the image in the eyes of their people that the government is infallible. Police forcibly led away air ambulance pilots trying to save the life of a child.
In Canada, waiting has become the primary characteristic of their healthcare system. People wait years to get a family doctor, to be seen by specialists, to start treatments, to have surgeries. These wait times have caused people to suffer considerable anguish and pain, treatable conditions to become chronic, long-lasting, or terminal, and the deaths of between 25,456 and 63,090 Canadian women, and those numbers are just up to 2014.
There was another famous country that had a nationalized healthcare program. This country also killed children and others that were "suffering" by starvation, then injections, and then...gas. But not every country will become Nazi Germany, you say.
No. They may become worse.
Children are frequently killed in Britain by removal of life support ordered by doctors and judges not subject to appeal. And yet, have you heard much outcry from the British people? In Nazi Germany, the outcry against the actions of the national healthcare system forced the government to pretend they had stopped. But in Britain, even the crowd outside Alder Hey cannot convince the government to stop their atrocious actions.
A "free" healthcare system is essentially putting the power of your very lives into the hands of your government. History has shown time and time again that people will do anything other than lose their power. Do you really want to invite that into your country? Do you really think it will be a good idea to let the government have the power to treat or not treat sick individuals? Do you really think that will turn out well?
To all those who hope and long for a "free" healthcare system... Just look around you. Look at Canada, at Britain, at Nazi Germany, at our own VA hospitals... Is that really what you want? Do you really think putting the power of your life into the hands of the government will turn out any other way than bad? Just look at this generation's favorite fiction genre, the dystopians... This is how it starts. This is how all those nightmare scenarios start. With these decisions, these surrenders of the people, this blindness to the danger.
Government is, at its best, a necessary evil. Are they the people you really want to trust with your lives just to save people the shock of medical bills? Our healthcare system needs help, but this cannot be the answer. It must not be the answer.
If you ask for a free healthcare system, you will get a free healthcare system. Not free of costs, expenses, or unnecessary pain, but free of human dignity, the right to choose, the ability to question authority, and free of compassion and love and saved lives.
If you really, truly want a free healthcare system...
Be careful what you wish for.

Posted by Addyson M. Huneke at 2:30 AM No comments:

I was musing on the tendency of Disney parents to inevitably die and decided to write a parody about it. I wrote it to the tune of The Monkees Theme Song. If you're not familiar with it, I've provided it down below. What do you think of this parody? Tell me in the comments!

Nobody ever is safe, ‘cause
They’re Disney parents, too
You don’t have time to get ‘ttached, ‘fore
They’re also dying, too

Any time
Or anywhere
If it’s a Disney movie
We will be dying there!

10 Ways to Draw Permanent Readers to Your Blog

There's nothing the human mind loves more than lists. We have lists for everything. Book lists, to do lists, character lists...lists of every shape and form.
Blog posts are no exception. We love being able to click on a blog post and scroll through, glancing at the numbered ways to make your life better. It saves time and is sleek and convenient. There's no way that you read this far into the introduction. Nobody reads this far into introductions to "# Ways" posts. But this post would look fishy if the introduction was small, even though I as the author have nothing more to say in it.
I like lemons. Lemons make almost any dish wonderful. Lemony food is tasty and magical and summery. It can make any dish sound fancy as well. Okay, I think this introduction is long enough now.

People aren't going to read your blog if you're just extolling the merits of the Blackberry. They want to hear about important, current things, like David Hogg and the latest school shooting. Oh, snap. This post is already outdated. Maybe I should have talked about Google not celebrating Easter. Or maybe Earth Day. When is Earth Day, anyway, and does anybody actually care? You know what isn't relevant anymore? Twitter. Do you remember when people actually cared about that? Now all people care about is Instagram and Snapchat. And Facebook. Facebook has been surprisingly long-lasting.

9. Don't be afraid to write about controversial topics

Or don't. Rely on word of mouth and faulty Facebook algorithms to get people to notice you. Sure, you'll get a lot of readers. 47 is a lot. And you'll get lots of action, too, every time your grandma comments to tell you how amazing you are. Your mother will probably comment, too. Don't bother paying for advertisements. Nobody cares about Internet advertisements anyway. They just ignore them. Seriously, when was the last time you looked at an Internet ad before closing it? Never, that's when.

Do I know what the right times to post are? No. But everyone that talks about posting at the right times seems to know what they're talking about, so I'm going to pretend to know what I'm talking about, too. 12:00 to 12:45 AM is the best time to publish a blog post, because all the people up for their midnight snacks will be on their phones while waiting for their snack to prepare. The second best time is 4:00 to 8:00 PM each night, because readers will be at dinner on their phones reading blog posts. Never post on a Wednesday, because everyone is at Wednesday night church at those times pretending to be pious and they won't see your posts.

What? No, I have no idea why this is on there. I have no idea what posting more often has to do with drawing readers to your blog. At least your readers will know you're not dead. That's always a plus. This paragraph needs to be longer. Bananas are tasty as well, but they have no juice. Seriously, you never go to the store and find bottles of banana juice. It's a real pity, because I think it would be very delicious. I would buy it.

5. Write posts with memes in them

It doesn't matter whether the memes have anything to do with the actual post. Put them in anyway. 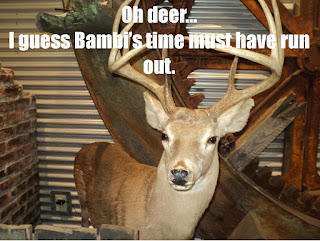 People will eat your posts up.

People don't have the time to read really long posts, which is why they prefer posts like this. They can read the headers and skip over the word in between. Nobody will read these words except that guy at the NSA looking over everything you say and do. Hey, NSA guy. Totally never murdered somebody. Nope. (Except in a story...that doesn't count, does it?) Also, I'm free on Friday, so if you want to meet at the coffee shop down the street, I'm single and lonely...

(This Many) Ways posts are some of the most popular blog posts to read. You're reading this, aren't you? Actually, you probably aren't. Nobody actually goes through and reads the descriptions under the headings. But they will read the headings. And they might follow your blog. Well, most likely not. You never know, though. You might get more readers by writing posts like this.

You made it to the end. Yay! I barely did. Now share this blog post and laugh at all the people who thinks it's a serious blog post.
Posted by Addyson M. Huneke at 2:30 AM 1 comment: