It's Time to Stop Romanticizing the Past

I hear it all the time from many people I know. "It wasn't like this back in [insert era]." "Kids these days are so weak. They aren't raised like they used to. Kids used to be tough." "Back in the Colonial era [or the days of the Ancient Israelites, or what have you], there weren't any teenagers. Kids grew up a lot faster. None of this nonsense we have now." Or "America used to be such a God-fearing nation, and look at us now! If only America was the same as it was in the day of the Founders." "In World War Two, we had real men, and now, young men get PTSD from social media posts!" I've even heard someone say that this is the only era where kids really disobey their parents, that before modern times, children obeyed without question.
Look. I won't deny that the past had its bright spots. We wouldn't have civilization without the bright spots of the past. But, much like human nature itself, the history of the world is a long, varied history of misery and destruction and sin. We tend to focus only on the brightness of the past as contrasted with our present mistakes, but that gives us a rose-colored view of history.  This age isn't any better or worse than any previous time. The eras of the past did not have it more together than we do. The miseries we focus on that we claim are all our own are often reflected in the past by similar miseries. 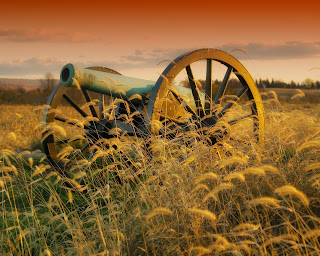 1. The past century is hardly the first with US government overreach. John Adams, one of the Founding Fathers, the second president of the United States, pressed for and signed laws that made it illegal to speak out against the president or government. He thought such talk was treasonous and would doom the republic. He made sure newspapers were shut down and people were jailed for criticizing him. Incidentally, this is the primary reason he was a one-term president.
2. Abraham Lincoln had many instances of government overreach. Among those was calling up the militias of various states without prior authorization from the proper parties, writing executive orders that were treated as legislation even though he had no jurisdiction over the places he attempted to order around (ever heard of the Emancipation Proclamation, anyone?), and suspending the right of habeas corpus (that is, the right to be brought to court to determine whether you were lawfully imprisoned).
3. The ancient Israelites did indeed declare their children adults at around the age our children become teenagers, which is understandable for a time when life expectancies are incredibly low and the most important part of becoming an adult is producing offspring. This, however, does not mean they were wiser than we are or that their teenagers were more mature than ours or that any of the ancient Israelites had it more together than we do. Here's a short list of things the ancient Israelites frequently did based only on Old Testament accounts:
sacrifice their children on burning altars to the idol Molech
worship the literal sun
sell their neighbors and each other into slavery
frequently gang rape travelers (Judges 19, in case you were wondering)
fight a civil war over said gang rape, ostracize an entire state, then kidnap Israelite women and force them to marry random men just to make up for rash promises made in the heat of battle
sacrifice their children in the name of God (also in Judges, just so you know)
worship any and every god that came along from other places
frequently practice polygamy
set up Temple prostitutes (not the gender you're thinking of) right outside the Temple built by Solomon
somehow lose the Law of Moses for generations, multiple times
occasionally resort to cannibalism and petition the king to mediate because one woman killed her son and ate him and the neighbor broke her promise to do the same
I could go on, but I feel like I've made my point.
4. The vice president of Thomas Jefferson killed a prominent politician while he was in office. Aaron Burr's political career was ruined after killing Alexander Hamilton in a duel.
5. While many Americans during the Colonial era were Christians, or at least attending church, the Enlightenment was spreading through Europe, an atheistic movement that depended on reason to figure out truth. This movement did not leave America untouched either.
6. And let's not forget the glaringly obvious issue of the Colonial era we so hold up. Yes, many of the Founders hated slavery, including George Washington and Thomas Jefferson. But it was still very legal and very present in America and pretty much everywhere else in the world. Not to mention all the
smallpox
malaria
yellow fever
measles
bad water
dysentery
cholera
terrible medical practices such as bleeding
surgery without anesthesia
lack of running water
high infant mortality rates
backbreaking laundry and scalding soap
reliance on wooden ships for overseas products
no air condition
general disregard for women
lack of decent education available to the poor
a life expectancy of 36
the church bells rang for the dead so much that they were deemed by law to be a public nuisance
7. Talk about race riots. Back in the 1850s, there was literal guerilla warfare on both sides of the issue of whether Kansas would enter the union as a free or slave state.
8. While I forever honor the sacrifices of the generation that fought in World War II, this is not to diminish them. However, we still ought to acknowledge their faults. For instance, the lack of regard for mental health professionals and mental disorders that led to many veterans struggling alone with alcoholism and other addictions, PTSD, and pornography. Not to mention the higher rates of domestic violence, disregard for women, and polio. Also, this was the generation that fully endorsed eugenics and even began practicing it until the news of the Holocaust broke.
The point I'm trying to make is that while there were good things about the past, there were also plenty of bad things, and we can't pretend like there weren't. Many in mainstream society tend to only focus on the negative aspects of history, but we can't let this drive us to only focus on the positive aspects. Both are dishonest and don't lead to a proper understanding of the past. For if we don't know the mistakes of the past, how can we hope to not repeat them?
Posted by Addyson M. Huneke at 9:56 AM